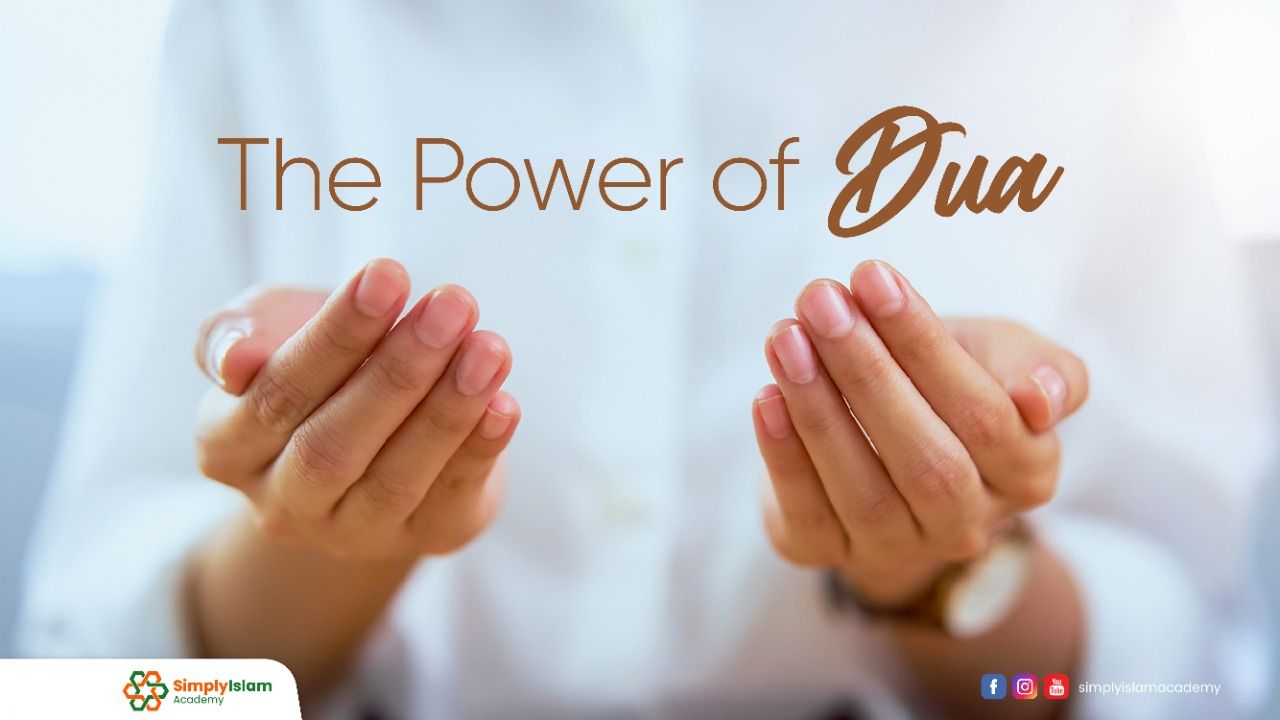 Supplication Course - The Power of Du’a

Remember, when in doubt, pray it out. The power of prayer has led Prophet Musa, Peace be upon him, to split the two seas. It has led Prophet Ibrahim, Peace be upon him, to cool down the Fire for him amid his execution by Nimrod, the most atrocious and tyrannical ruler in the world. Most importantly, it has led our Beloved Prophet, Peace and Blessing be upon Him, in victoriously winning many battles in which their armies are substantially outnumbered! The power of Du’a has brought many miracles to the Prophets, Companions of the Prophet, the awliya’ and other Muslims who believe in Allah.

Conversing with Allah requires no judgement, as He knows every little thing about you, even if it is as miniscule as an atom. So, never think that you don’t deserve to make Du’a to Allah just because you have sinned, you have wronged, or worse, you think you are of the lowest people in the sight of Allah. If this thought crosses your mind, it is important to realize that this comes from the whispers of Shaitan, who is always on the lookout to bring people away from Allah.

Anas bin Malik narrated that :
the Prophet said: “The supplication is the essence of worship.”
- Jami’ at-Tirmidhi

Based on the hadith above, it is evident that Du’a is paramount in one’s life as a Muslim due to the fact that it is of the highest form of worship in Islam. Many people have underestimated the power of Du’a, which is absolutely necessary in one’s daily life. Supplication is what keeps the connection strengthened between you and Allah Almighty. You have the freedom to express whatever you please to the Master who has created You, because He knows you inside out. Hence, it is imperative for us to practice making Du’a to Allah Almighty every now and then.

In another hadith, three types of people were mentioned in regards to the acceptance of their supplication:

Allah the Merciful has promised that the Du’a of these three types of people will be accepted regardless, so if you are in any of these categories, make Du’a to Allah Almighty and Insha’Allah it will be granted.
Remember, Du’a is the heartbeat of a Muslim, as it is the essence of worship. Never stop making Du’a and believe in Allah’s Divine Plan. The impact of a Du’a can change your destiny, so practice wisely and make it a mindful habit, Insha’Allah.

The SimplyArabic Academy is under the auspices of SimplyIslam Academy Limited, a company established in the United Kingdom. The company is part of the SimplyIslam Education Group with Islamic educational assets in Singapore, Malaysia, United Kingdom, India and Pakistan.

Welcome onboard! Ready to become a specialist?